Ideas for the future

What’s more important? The revolutionary spark of creativity that creates something truly new, or the commitment it takes to cultivate the idea for generations? Why not both? At Gepe Group, the one can’t do without the other.

"Diversification and a long-term perspective is an integral part of our business strategy." Sven Pettersson,Owner & Chairman 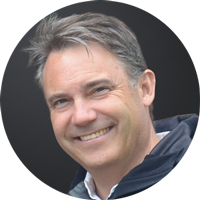 We build our companies to last. We want our products made right, we encourage our people to develop their skills, and we strive for minimal environmental impact. Gepe Group has faced, learned from and evolved through the transformations that came with the digital revolution. Now, diversification and a long-term perspective is an integral part of our business strategy. This has enabled us to build and maintain an optimized risk structure.

We want each individual business area to stand on its own feet in terms of entrepreneurial leadership, profitability and financing. To achieve this, we put much effort in finding the right people, who can realize the full potential of our companies. Our business areas are independent of each other, but we look for synergy effects within the group wherever it makes good sense.

We encourage our members to share best practices and cultivate curiosity. We want our businesses led by professionals with entrepreneurial acumen. We seek full ownership of our businesses. We look for synergies but allow the individual businesses their autonomy. We strive to have talent development at all levels. We take a long-term view on our business.

Our heritage taught us to optimize risk. We renew business through innovation and diversification. We strive for our businesses to be self-financed and profitable. We bring products to life that are challenging to industrialize. We want our products made right and have a commitment to minimal environmental impact.

We are modest, placing little value on status. We are a family-owned business caring for the wellbeing of every member. We embrace our legacy as a way to renew ourselves. And we apply integrity as a cornerstone to how we conduct business.

Benefiting from our legacy, we cultivate diversified businesses that bring challenging products to life.

The Gepe journey began in 1955, with the manufacturing of slide changers for photographic projectors. Soon, the product range also included other photo accessories, especially slide mounts which became a huge commercial success. Gepe expanded and established manufacturing plants in Sweden and the Netherlands as well as international distribution companies. In 1988, Gepe acquired Geimuplast in Germany, and in the 1990’s, Gepe was the world’s largest plastic slide mount supplier.

In the early 90’s, the future was becoming clear. The digital revolution would fundamentally change the photographic market. There was no question that the slide mount business would decline when digital photography became more popular and available. So Gepe started to diversify, finding new markets and opportunities outside the photo industry. In 1992, Gepe acquired the occupational skincare company Sterisol, and in 1994 the medical device manufacturing company Cenova.

From today to the future

In 2013 we finalized the restructuring of the group from being a producer of photographic accessories to the Gepe group as it is today. Thanks to the long-term perspective, patience and experience of the family ownership, the group both adapted to and overcame the major challenge that was the digital photography revolution. Today, Gepe Group is a diverse, dynamic and growing organisation with a high innovative and creative capacity in several industrial sectors.